Tony Prynne points past his house and a pond dotted with waterfowl, past the fence-line to his farmland along the Manitoba-Saskatchewan border.

“I’ve got no interest in draining the sloughs,” he says. “I’m more than happy to see wildlife running around and flying around. I like it. It adds character to the land.”

Tony and his wife Angela emigrated from the United Kingdom in 2001, leaving a picturesque region in southwest England to farm sheep and cattle in western Manitoba. They purchased a grain farm near McAuley and seeded the acres to grass for their livestock.

“I had this vision of being a stay-at-home farm mom,” explains Angela over a cup of tea. “My mom didn’t go out to work. She did the farming thing but we couldn’t do that. We both had full time jobs on top of the farm, and two children. When we moved here, we thought ‘that’s it’! We’ve got six quarters of land…surely, I can stay home.”

”Within a short time, we realized that wasn’t the case,” laughs Tony. “We gotta get a job.” 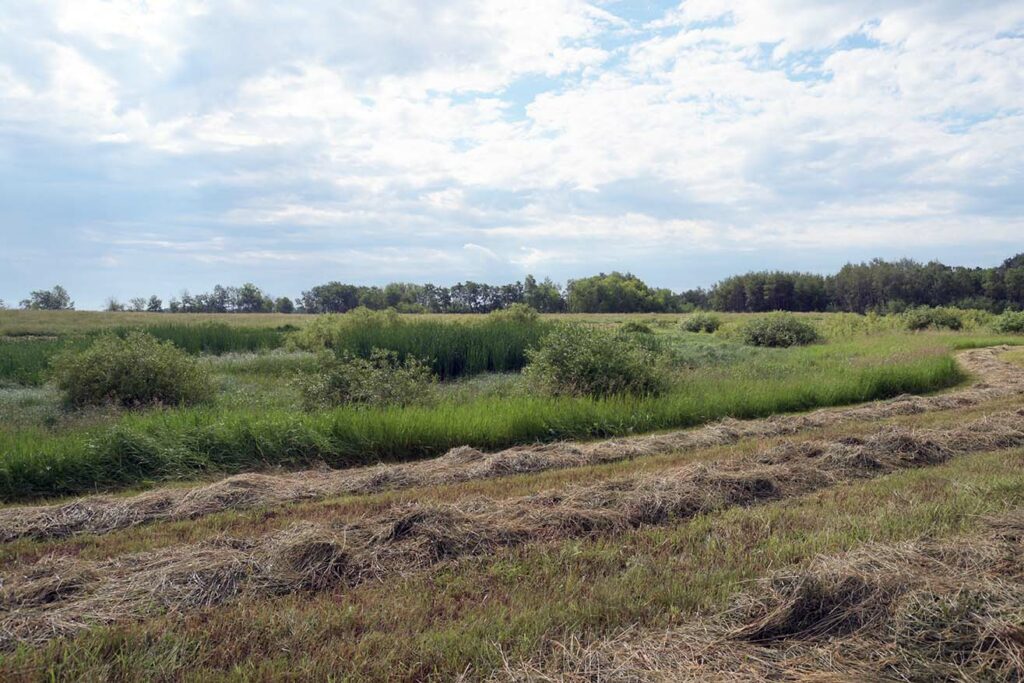 Tony worked 10 years for a Saskatchewan grain farmer. The job helped pay the bills as the Prynnes built their own farm and herd. They also saw how agriculture and conservation on the Canadian prairies is different from their homeland.

In England, farms are much smaller and often bordered by hedges, which provide shelter to wildlife. The hedges are protected by law in many regions. In Canada, conservation has largely been left to private not-for-profit groups including Ducks Unlimited Canada (DUC), who provide financial incentives to landowners to protect and restore habitat on their property.

In July 2022, the Prynnes committed to conserve 296 acres (120 hectares) of wetlands and grassland habitat on their farmland in Manitoba. They had previously protected land in Saskatchewan with DUC in 2021 and continue to own and farm all their conserved acres.

“It’s a good thing,” says Tony, sitting with Angela at their kitchen table and signing the agreement that will legally protect the land. “We’re happy to do it.” 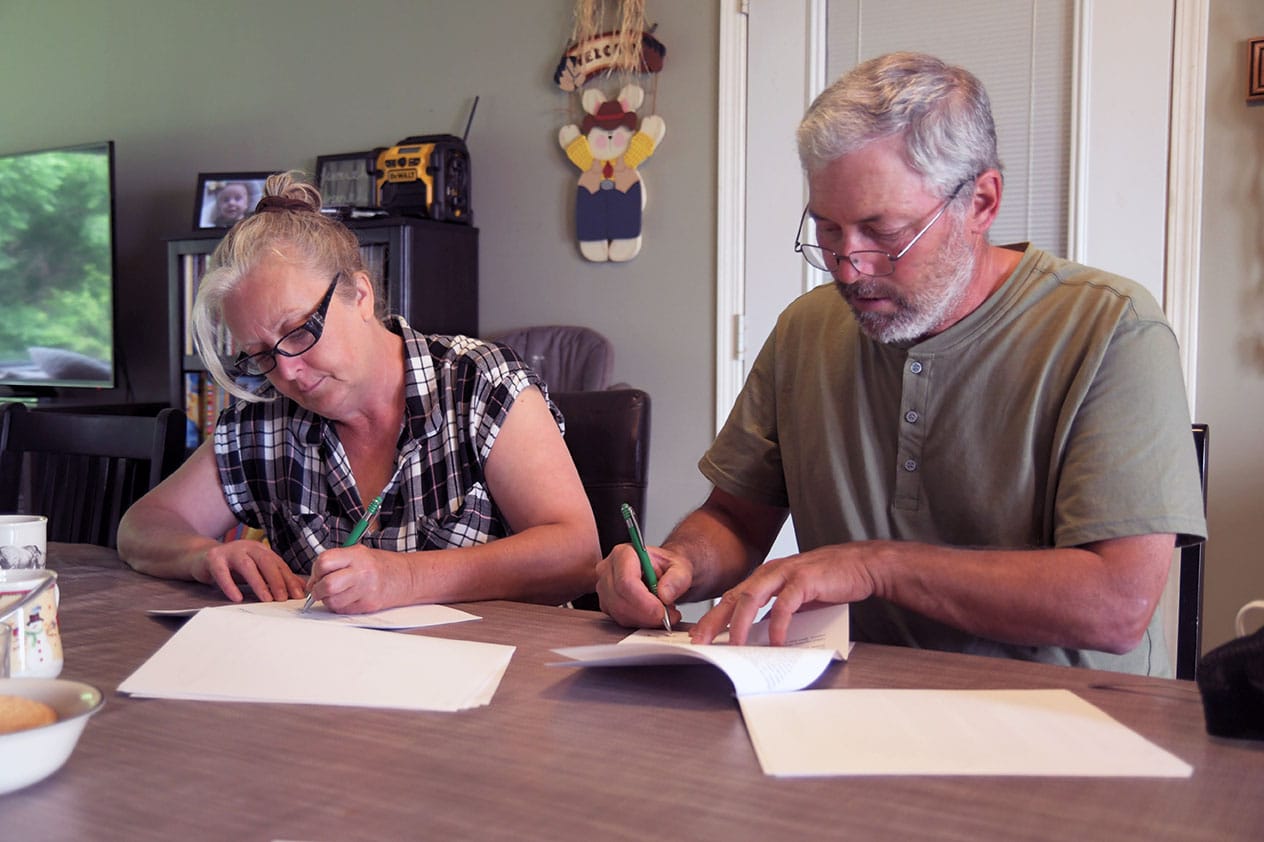 Conservation can be a touchy subject among farmers and ranchers, notes DUC’s Manager of Provincial Operations in Manitoba, Mark Francis. Some believe wetlands need to be drained and all available acres put into production, despite research showing enormous benefits to the land, wildlife and humans from retaining wetlands and native grasslands. Others worry that conservation agreements hurt land prices, even though studies have found the money received by a landowner from DUC over-compensates for any value lost when the property is sold.

“We always advise landowners to weigh all options,” says Francis. “The one-time payment from a conservation agreement can be used for many things, including new investments, mortgage pay-downs or buying additional acres.”

Tony and Angela plan to scale back their workload and spend more time with the grandkids. They also hope to return to England for the first time in 12 years.

With the teacups empty and the agreements signed, Tony offers a final thought about sustainability and conservation-friendly agriculture, shaped by farming 35 years on two continents.

“I think it’s a mindset,” says Tony. “We just like to keep the land as we see it. Preserving the land to its natural state and protecting it for future generations is important to us.”

Previous
All Stories
Next